Welcome to this website, I hope you leave here informed and uplifted concerning your personal knowledge about your fundamental rights and freedoms. If this is your first time being exposed to this type of website then let me suggest to you that you proceed no further. The concepts that are shared in this website are at times difficult to grasp and can be unclear to those who have no prior foundation to build upon.


Let me encourage you to visit the following link eternallyaware.com there you will find information and sharing that you can use to help build a foundation of understanding prior to trying to surf this websites content.


Many years ago over a decade now, I was exposed to a video that changed my life forever. While the content of the video itself was lacking in order to help me find remedy, it was produced strong enough that it showed to me that my personal fundamental rights and freedoms were being abridged by the government. At the time I did not even know about something called natural , fundamental rights, but that video stirred my heart to want to know more.

As I launched into a personal journey to seek out, to understand my position, my relationship with my government body I realized that I really knew nothing about law or the Government. I was being ruled by a government that I had no idea about. I mean I knew that this government was declaring I had obligations to them such a, taxation, license and permits but just exactly what was going on was never taught to me, I just fell in line like all the rest until that day I woke up.


After I saw that I had natural rights and freedoms that were not being respected by the government I went searching for the reasons why this was happening and I never expected to uncover what I did. In my journey I learnt about things I have never even heard of such as universal human rights and freedoms, international covenants, common law and so forth.

Lets take a break at this point from my story to watch a view videos which will help share and enlighten you about our fundamental rights and freedoms and the obligations these governments have.


I was not born a citizen of any country, neither was the reader of this website. You and I were born as men and woman with no titles no designations just simple natural human beings, men and women. It was after this that things began to change. We were given something that is called or designated citizenship. We are recognized as American citizens, Canadian citizens, Russian citizens. I never really gave much thought to this prior but I began to see that through this citizenship many things were transpiring and not for my betterment. The first thing I realized is that my government no longer recognized me as a living man but as a citizen of Her Majesty.

This point might confuse some as to what is the big deal but if you watch these two videos below you will see that by taking away our recognition as a man and placing us into a position of citizen changes a great deal of things.  As a citizen we are being held under servitude, we are being held in Servitude. Through the oath that we take, or it is implied that we consent to, we are brought into subjection and invite punishment upon us if we fail to abide by our oaths of citizenship.


Oath-A solemn declaration, accompanied by a swearing to God or a revered person or thing, that one's statement is true or that one will be bound to a promise. - The person making the oath implicitly invites punishment if the statement is untrue or the promise is broken


OATH OR AFFIRMATION OF CITIZENSHIP- I swear (or affirm) that I will be faithful and bear true allegiance to Her Majesty Queen Elizabeth the Second, Queen of Canada, Her Heirs and Successors, and that I will faithfully observe the laws of Canada and fulfil my duties as a Canadian citizen.


Our oaths as citizens is the mechanism that is being used to hold us under accountability to domestic laws. Through these oaths we are brought into servitude to the executive powers our government. 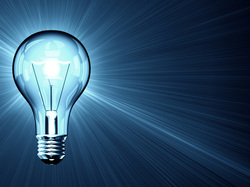 The problem with all this is that I was not born a subject and servant (a citizen) I was born a natural living human being , in my case more particularly a man. I have fundamental rights and freedoms that are mine simply because of who I am. These rights and freedoms are inalienable and primary to my reason for living. It is these rights and freedoms that allow me to express and be who I am. To seek to hinder or limit these fundamental rights is contrary to nature itself, for example a wild animal is born free and learns to roam free this is part of its very nature, you could say the expression of its rights.

The animals roam free and when someone takes away that freedom they take away one of the primary expressions of its nature. This is how it is with us as Human beings, however it is even a bit worse than this. We were never taught anything about fundamental rights and freedoms. Many of use did not even know that we posses something called natural rights, common laws rights, fundamental rights and freedoms, we were never exposed to the obligations our state party (governments) have towards the international covenants. Our rights and freedoms whatever they were even though they are primary to our being were hidden from us.

If you made it to this point you should already be familiar with the covenants and the obligations they bring forth. We who have studied and understand our rights understand that our Governments had the obligation to teach us according to the Covenants.

1. The States Parties to the present Covenant recognize the right of everyone to education. They agree that education shall be directed to the full development of the human personality and the sense of its dignity, and shall strengthen the respect for human rights and fundamental freedoms. They further agree that education shall enable all persons to participate effectively in a free society, promote understanding, tolerance and friendship among all nations and all racial, ethnic or religious groups, and further the activities of the United Nations for the maintenance of peace.


The education you and I received was strictly controlled and regulated by the state party. To get a better understanding about how the right to education operates read the documentation below.

The power and ability to enforce your rights is in your hands and it is really up to you to decide to take actions and hold your government accountable. Whether this is concerning the right to work vs the right to an adequate living, contributions or private property it is you that must enforce your fundamental rights.
Many are wondering if there exists the right to access the public roads under common law, without being regulated. I personally believe that even though this right does indeed exist it is not wise to teach the masses about this. A vehicle is dangerous for those who have never learnt properly how to control it. I do not agree with being regulated when I travel but I do agree that all should learn how to ( drive).  This does not mean I support the current system but even when exercising fundamental rights we all must be wise.

Below is an quote taken from a  judgement from Canada speaking about driving, notice that the judge admits that there may well be a common law right to access the highways and public roads.

32] In addition, I would add this. While there may well be a common law right to access and use of the highways, that does not include a right to drive. Being allowed to drive is not a right, although I understand you think it is and I am not going to change your mind. It has never been a right. It is a privilege and always has been, a privilege to which everyone is entitled so long as they comply with the reasonable rules and guidelines that exist for everyone's safety and the maintenance of the roads. You do not get to decide what those reasonable guidelines are. The government gets to decide with the oversight and scrutiny of the courts. I would also add that this particular issue, the one that you have raised, is not novel. It has been argued and decided in our courts many times. In fact, it is a common argument raised by many of the litigants of the sort referred to in Meads v. Meads. Just a few of those cases where it has been referred to can be found by reference to another well-known case of the same sort, Fearn v. Canada Customs, 2014 ABQB 114 (CanLII), where, at para. 245, the Court says this:

[33] I reject the argument with respect to the right to drive on the basis of both grounds, that is, the Meads aspect of it and the merits aspect of it


I will be building a page shortly about this matter and how to defend against traffic tickets.